To a lot of people arid environments and the plants that live in them have a reputation for being dull, drab and unremarkable. This couldn’t be further from the truth with desert plants being some of the most beautiful and attractive species, especially when in flower. One group of plants that definitely dispel the myth of being drab and dull are the seasonal wildflowers. Appearing in huge numbers when conditions are right, wildflowers can form vast drifts and transform the desert landscape into fields of colour as far as the eye can see.

Heading into late April/May, as the air temperatures cool but the soil temperatures still remain warm enough for germination, wildflower seedlings can start to appear. Heavily dependent on autumn rains to be prolific for mass germination and winter rains to sustain and boost their growth and longevity, these remarkable plants can provide a spectacular show during the late winter months and heading into spring. As ephemerals, the wildflowers have a relatively short life. They live and die while conditions are favourable and thus are also known as drought avoiders by ensuring that by the time they wither and die and before the hot dry conditions of summer, their seed is set and ready for the next favourable season.

The appearance of wildflowers in abundance is something that is never guaranteed in the wild, but something that the Botany staff at the Desert Park work hard to achieve each year. The result is a floral display that is much anticipated each wildflower season by visitors to the park.

Mimicking the autumn rains is attempted by using pop up sprinklers that run on desalinated water throughout the many wildflower beds that are on the park. The first germination that occurs may not always be desirable, being that temperatures for germination may not be favourable or certain weed species may outnumber the wildflower seedlings. In this case the beds are sprayed with herbicide and the process starts again with hopefully more flowers than undesirable species appearing. The wildflower beds have been in the same locations for over 20 years now and so a considerable bank of seed lies beneath the surface waiting to germinate when conditions are favourable.
Once the plants have germinated and established, a fertiliser is applied to the beds to hasten plant growth and to try and ensure healthy, vibrant wildflowers. Naturally no one is applying fertiliser in the wild but the plants at the Desert Park are under cultivation so require a little extra care and attention. While most wildflowers will germinate in the wild after good seasonal rain the wildflowers at the Desert Park are grown every year and so have to be watered throughout their life from seed until the plant reaches maturity and sets seed for the following season.

The Desert Park attempts to showcase as many species as possible during the wildflower season, the degree of success each year can be affected by rainfall or lack of, temperature and availability of seed. Given perfectly timed autumn rains, just about guarantees a great wildflower season but this doesn’t happen all that often. The Desert Park nursery will grow a few thousand wildflower seedlings in plant tubes to supplement the natural germination on park in years that nature doesn’t do the work for us. These are planted by Botany staff in the wildflower beds to add more body to the displays.

The Big 3 wildflowers are the species that are most common in the wild and on park and can be pretty much guaranteed to be seen every season no matter the conditions. These are Schoenia cassiniana (Pink Everlasting), Polycalymma stuartii (Poached Egg Daisy) and Senecio gregorii (Annual Yellowtop). These 3 species usually provide an abundance of seed that can be collected and be hand sown by Botany staff directly into the wildflower beds to supplement the natural seedbank or used to propagate seedlings in the Nursery. Even in years of poor or little rainfall these 3 species will germinate in the Desert Park wildflower beds due to the large natural seedbank that has been built up over the years.

A number of other species can usually be seen every year at the Desert Park including Leucochrysum stipitatum (Saltspoon Daisy), Lawrencella davenportii (Davenport Daisy), Rhodanthe floribunda (White Paper Daisy), Xerochrysum interiore (Golden Everlasting) and Brunonia australis (Blue Pincushion). These species usually set a good amount of seed for staff to collect off the park each year as the plants mature, this is a sustainable way of collecting wildflower seed and lessens the need for Botany staff to collect seed from the wild.

A number of flowering species naturally occur at the Desert Park and although some are longer lived than the traditional wildflowers they do provide a colourful floral display throughout the year. These include Brachyscome ciliaris (Variable Daisy), Rhodanthe charsleyae (Charles Daisy), Rhodanthe tietkensii (Tietkens Daisy), Rutidosis helichrysoides (Mulga Daisy), Blennodia canescens (Native Stock) and Wahlenbergia queenslandica (Bluebells).

Apart from the Alice Springs Desert Park other places that wildflowers can be seen in abundance during years of good rainfall include Rainbow Valley, Burt Plain, Owen Springs, the Old South Road and anywhere in the West MacDonnell Ranges. And for the true fanatics a visit to Western Australia during wildflower season is a trip well worth undertaking. 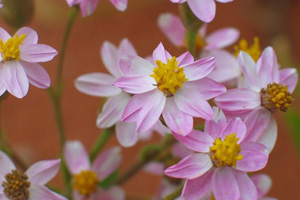 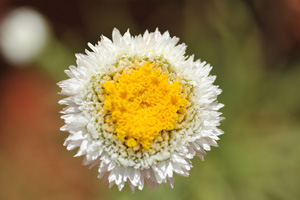 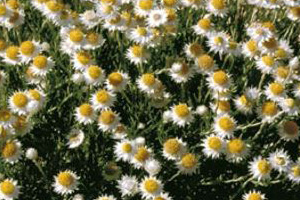