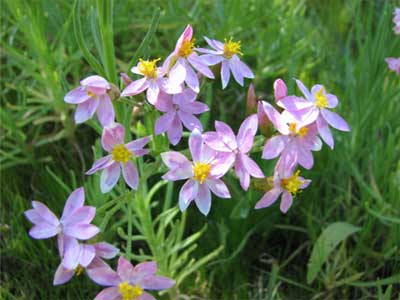 Small annual wildflower which blooms in the winter months, usually July to September.

Pink everlastings can be found at the front entrance to the park, in the visitor centre courtyard and in the Sand Country habitat (mostly along the southern pathway - sand plain sub-habitat).