Desert Rivers and the nutrient-rich areas that run alongside them are ribbons of favourable habitat in Australian deserts. Conditions here are relatively stable though still subject to the vagaries of the unpredictable climate. The rivers may only flow for short periods of time after rain but there’s usually no shortage of water beneath the sand. Plant life is most abundant in this habitat, with permanent pools being the most biologically significant places.

Pulses of activity are a feature of life here. Floods bring change and rebirth for many aquatic animals. Spencer’s burrowing frog, for example, digs down under the sand in times of drought. Its life comprises long periods of suspended animation followed by bursts of accelerated activity. Fish, such as the hardy spangled grunter, will die if the waters dry up but their eggs survive in the mud until next heavy rain fills the waterholes again.

The desert rivers habitat is the land of the birds. The river red gums lining the banks are like multi-storey, high density housing developments for a large range of birds and other animals. Prominent residents include brightly coloured parrots and cockatoos, honeyeaters, kingfishers, pardalotes, butcherbirds and owls.

Because waterholes are the essential home for some desert animals and plants, they are vitally important. These waterholes are often small and few and overuse or pollution of waterholes can have catastrophic effects and needs to be avoided.

Local Aboriginal have a long history of looking after waterholes and they don’t camp right near a waterhole because they know that animals need to be able to come in for a drink.

Many of the birds in this aviary nest in river red gums. Even dead trees provide important homes for wildlife. Next time you’re in a Desert River in Central Australia, stop, look for hollows and listen to the sounds of the wildlife around you. You be amazed how much is going on in the bush. 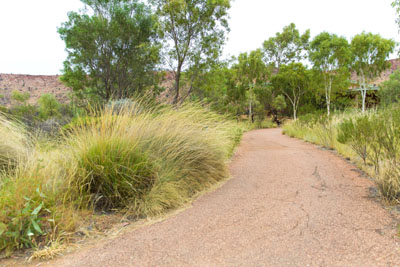 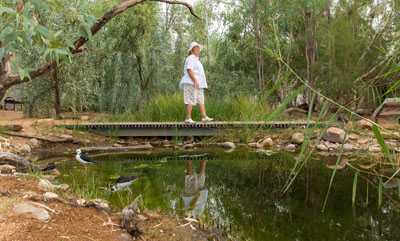 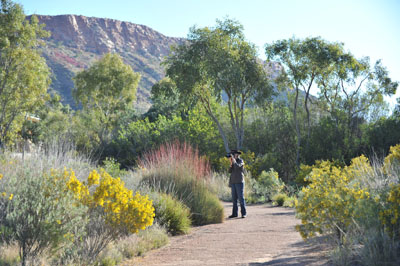 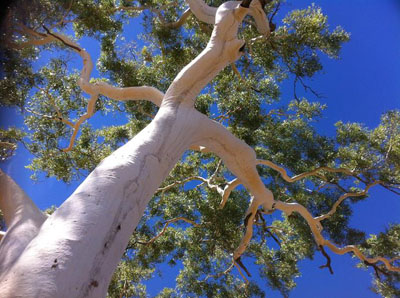